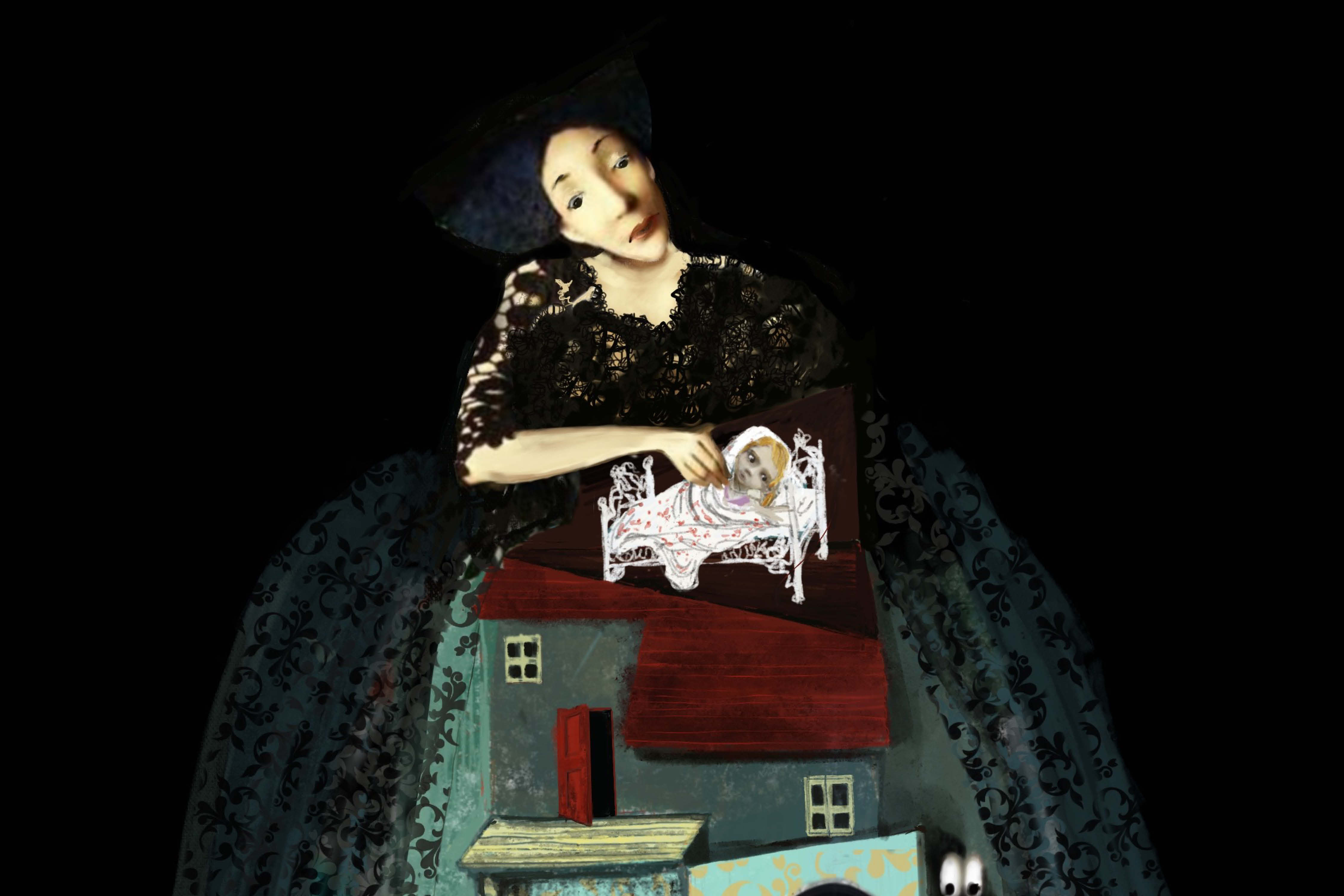 a project by Emanuela Dall’aglio

Continuing in the study of the fairy tale, this time I approach the modern or contemporary story, facing the story with the same care and refinement of archetypes and paths of an ancient fairy tale, after all the hero's journey follows paths that are of all times the same in every age.

This unpublished fairy tale begins with a researcher of finds, who normally knows and chooses the elements of the story she introduces, but in this case she will find them with difficulty there, on the spot and will discover their usefulness together with the public, since she is stranger to the fairy tale that is going to begin.

A pop-up fairy tale, a story dress, a doll house.

A house that opens and winds through stairs, doors and rooms in an adventure where hidden noises, creaks, creaking doors generate sounds, evoke images, push the protagonist's mind to fight scary and mythical creatures, before formless and then more and more concrete, taking on wolfish connotations, an animal stereotype of nocturnal fears.

When someone knows how to listen and hear them so well they can also make them become true ... or maybe they have always been.

Lucia is a child girl who lives in a large house where she often finds herself playing alone, a situation that the little ones are often familiar with.

As she walks through these rooms, thoughts take shape and she tries to tell her concerns to a family that is too often busy with other matters.

Lucia lives her adventure discovering that her fears, the sinister noises of that house can, by strange chance be generated by herself, who by discovering some tricks and knowing that kind of fear well becomes the hero who makes nightmares escape.

Inspired by the book Wolves in the Walls by Neil Gaiman, the represented fairy tale takes on its autonomy especially in the final where the protagonist's revenge is autonomous and dreamlike and the wolves like fears are driven out not by violence but by the awareness of their own strengths.

An adventure inside domestic walls, a place that has become way too familiar in these times.