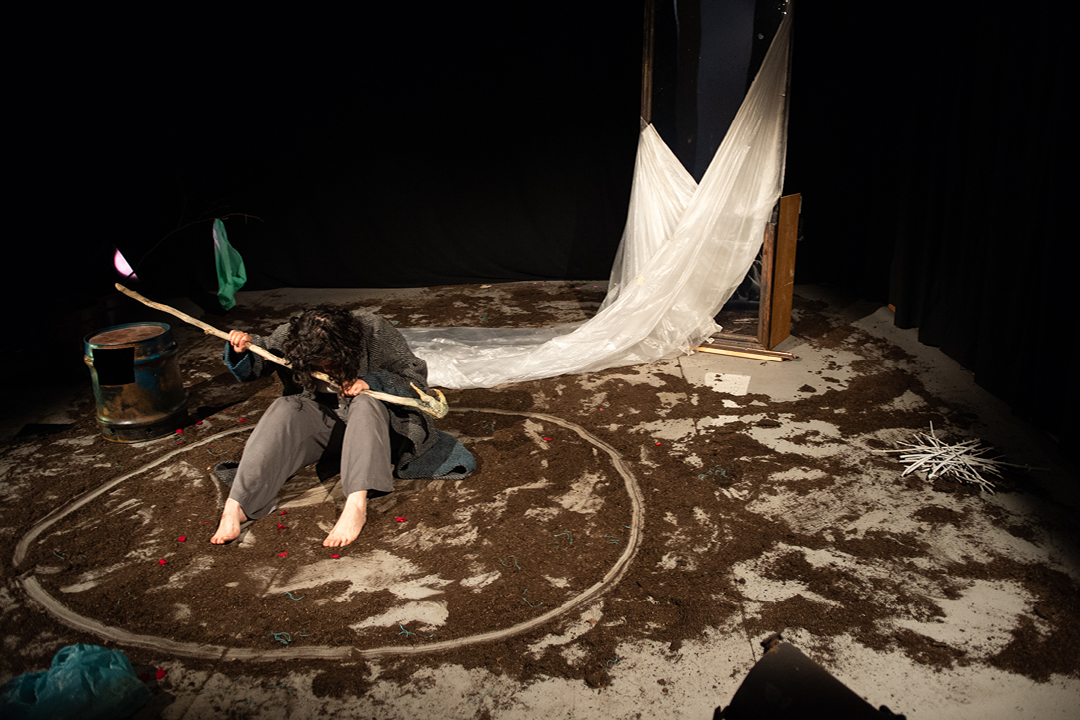 written by Livia Gionfrida based on Hans Christian Andersen

This play is inspired by Hans Christian Andersen’s fable, “The Snow Queen”, which tells the story of a young girl’s journey in search of her friend Kai. The girl, Gerda, survives many exciting adventures, as she searches for her young friend, who has been kidnapped by the Snow Queen. Gerda never gives up on Kai; she faces talking ravens, desperate thieves, reindeer, and old witches. Are you ready for the journey into the frozen realm of the Snow Queen?

The Snow Queen is, in fact, a theatrical research project, undertaken by Teatro Metropopolare, to warn the younger generation about the risks inherent in the digital world.The play creates dramatic parallelism between fantastic fables and digital elements, using a mix of natural physical props and experimental sound and visuals.

The story follows the two characters, whose friendship is broken when Kai follows the call of the Snow Queen and loses his memory in her empty marvelous kingdom. A place with no pain, nor joy, but only peace, where everything is frozen. Gerda will, after many adventures, finally succeed in freeing Kai from his “digital sleep”. This play becomes a fable about the value of friendship and courage, proposing a dialogue on the use of technology and the avoidance of gender stereotypes.