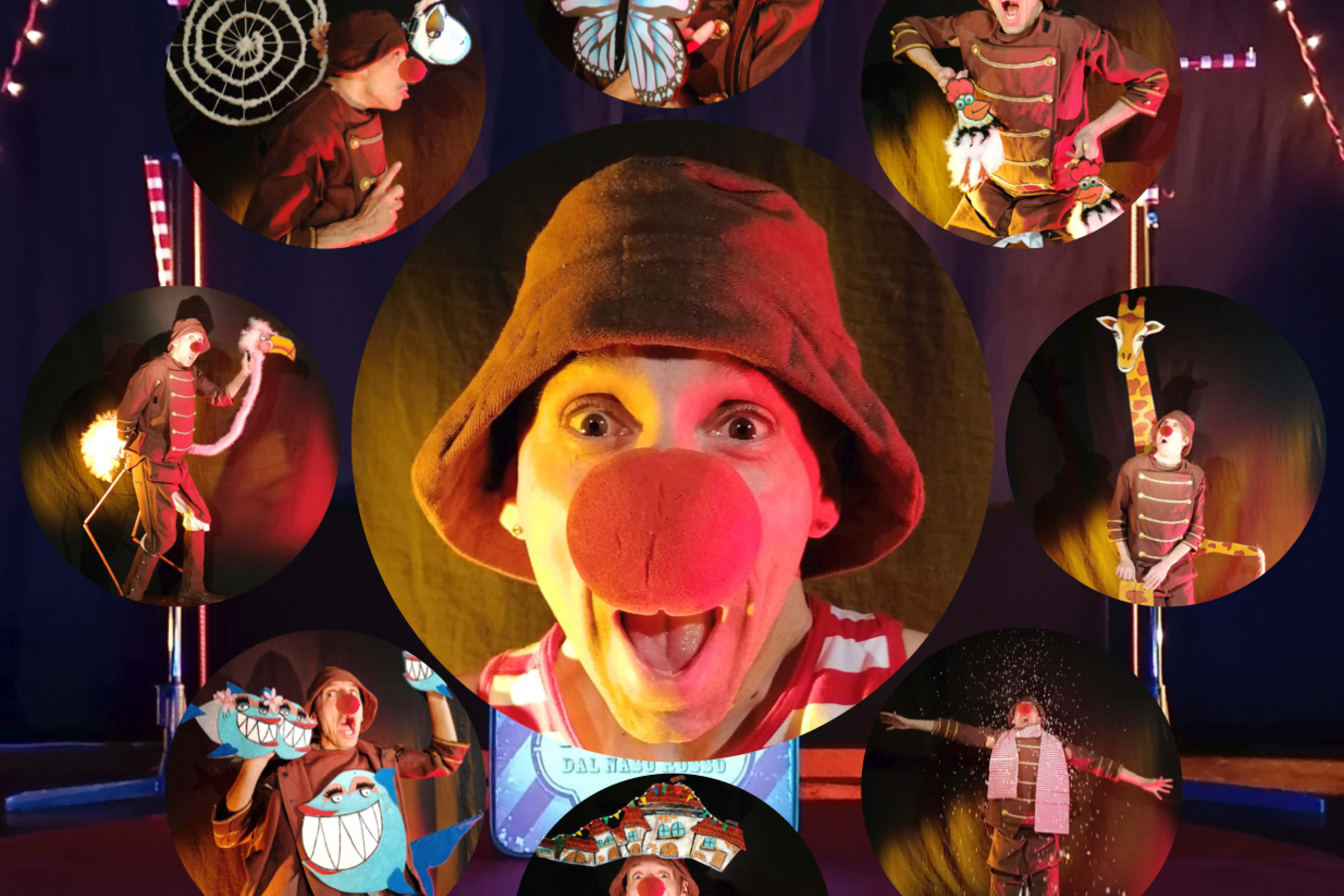 everybody really laugh! However, one day something unexpected happened, something that would change the circus’ life forever: Pulcetta lost...THE RED CLOWN NOSE!!!

He searched for it everywhere, rifling through pockets, under the circus ring, but no way, the red nose disappeared. It needed to be found no matter what! Pulcetta decided to go and find it on the next day, somebody must have seen it somewhere!

So Pulcetta goes by meeting the Flamingo, the Hens, the Giraffe, the Snail with her house on the shoulders. He asks the Sea, the Fishes, the Moon; he gets lost in the Forest and finds the Butterflies at spring time. Well, a long journey just to discover that the Red Nose has always been next to him in every moment and in every second of his dancing, singing and laughing.

Pulcetta is a performance for an actor, a puppetry, a dance and a live music. The peculiarity of the staging is that the puppets, the objects, the sea and the village with lights come out from the theatrical costume; each animal, character and place is a mix of dancing body and shapes manipulated on sight, blending amazingly visual theatre and body movement. On the stage dance, music, songs, comic and poetic texts chase each other while searching for the red nose, a home and a place in the world. In conclusion, this is the story of everyone’s journey, either a child or an adult, which is made while growing up.