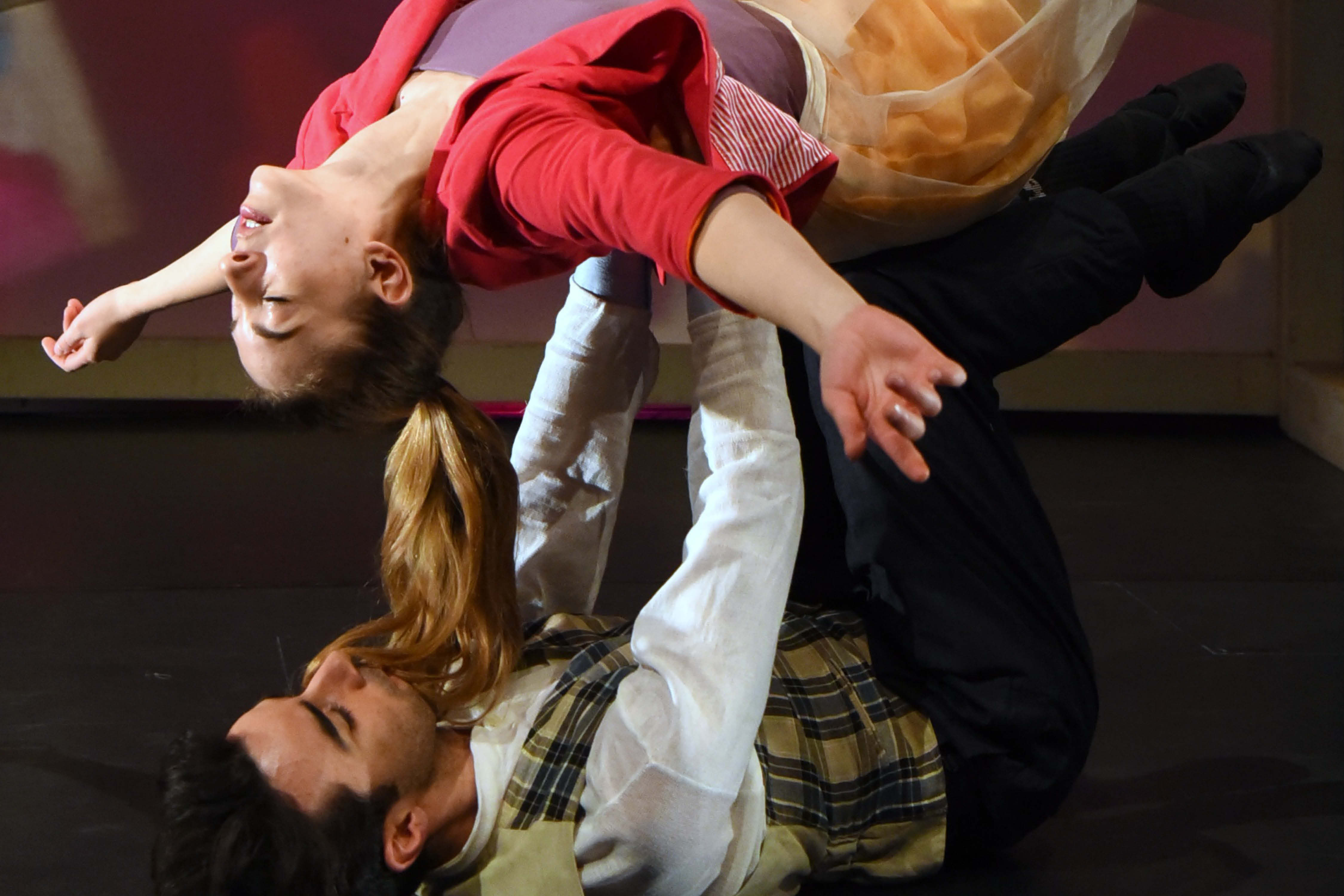 from the little flower king by Květa Pacovská

a creation of Valerio Longo and Fabrizio Montecchi

with Monika Lepistö and Giuseppe Paolicelli

Once upon a time... no, not yet. For now there are just two youngsters who live opposite each other. So close and yet so far apart that they’ve never exchanged glances. But one morning she sees him, lost in thought as he tends to a small flowerbed between their two homes with the most precious care and attention. While secretly watching him, she begins to write wish notes to him on little pieces of paper and so the tale begins.

Once upon a time... a little King, in his minute, far away kingdom, lived all alone in his very tiny castle. He kept a handful of tulip bulbs in the dark corners of his little pockets and one autumn morning he decided to plant them in the very tiny royal garden. He laid them with the greatest care and for days and months he dutifully watered them until the first rays of spring sunshine brought the whole garden to life.

The young boy treasures the words written on the little notes until spring arrives but, even though his garden has finally bloomed, he realises he is not totally content and has a longing he cannot put a name to.

When faced with this beautiful display, it was as if the King had just opened his eyes to the world and for the first time he felt extremely lonely. A profound longing came over him and his heart was aching for something he could not explain.

The young boy, overcome by this great longing, sets off in search of this unknown desire. He leaves a note amongst the freshly blossomed flowers and from then on he continues to write the tale.

The little King travelled for a night and a day, a magical trip which seemed to last a lifetime. In the morning light, tired and disheartened, he stopped in a field of tulips. A voice called out from one of them, “Here I am, over here...”

Reaching what seemed to be the end of his pointless quest, he bumps into the girl who had drawn him out of his solitude and had encouraged him to embark on his journey.

At that very moment a young princess peeped out of the tulip petals. Could it be her he had been searching for? It only took one glance for the little King to realise that was it exactly.

The two youngsters finally meet. They are in no doubt. Surely this sudden feeling has brought them together, love at first sight, just like the characters in the tale they have woven into their lives.

They held hands and started a new journey; this one was to last a lifetime. They became King and Queen in that minute kingdom of flowers and were finally happy... very happy for ever after.