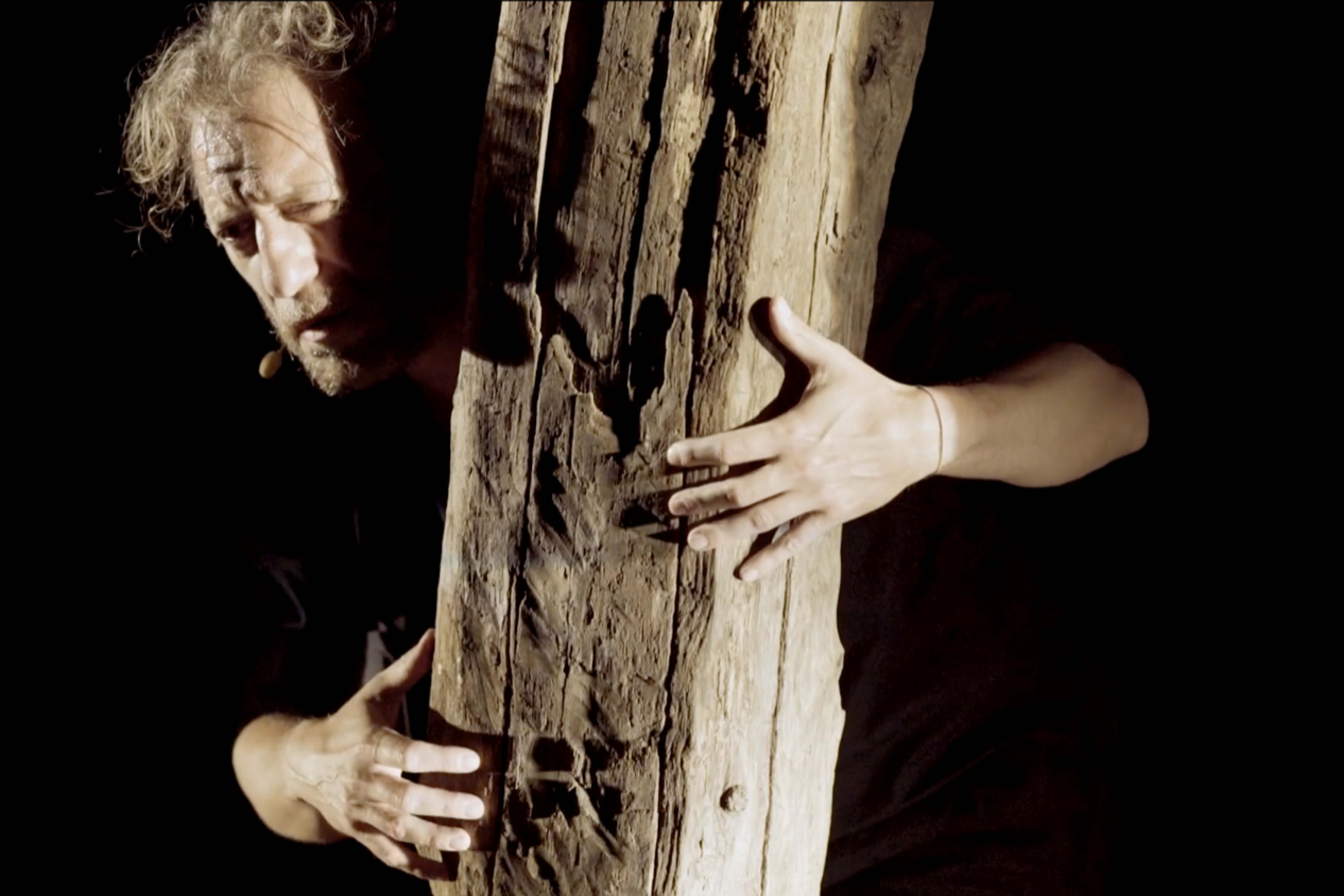 with the artistic collaboration of Emma Mainetti

Even before being a shelter, a den, walls, home is a skin that we feel as our own. It is an inner, warm, living place that everyone should inhabit within themselves, to then recognise it outside, in other spaces, in other shelters, in other people. Compared to us, children have an intimate connection with their own home, with the place from which they 'come', and they know that no place can be home without that connection.

"The Intruder" is the second chapter of the HOME SWEET HOME project.

After the research on the theme of the construction of one's own "home", intended as a place of physical integrity and relationships, dealt with in chapter I, "The Intruder" tackles the theme of the encounter with the other, of the fear of the different, of the stranger who is often labelled as "strange". The show was born thanks to the meeting and confrontation with the guests and the operators of the rest home for elderly people Casa di Industria Onlus, of the Dormitory San Vincenzo de Paoli and of the Asilo Notturno for asylum-seeking migrants San Riccardo Pampuri Fatebenefratelli Onlus of Brescia, places and people that allowed us to build this story.

It's a late summer morning and Squirrel wakes up happy in his big tree house in the middle of the woods. Such a day deserves to be celebrated properly and what better way than a nice breakfast of raspberries? So Squirrel sets off on his journey, but there is something unexpected waiting for him that frightens him a lot: he meets, or rather thinks he meets, an intruder, a strange animal, whom he decides to hunt down. Squirrel will set out on his trail and, through encounters with some "extraordinary animals", he will come to the final revelation: all along he has been chasing himself, his own footprints and his own fears. So finally, after so much chasing, when a "real" intruder knocks on his door, Squirrel will finally find the courage to "open up".

After a very rainy night, Squirrel wakes up happy in the sunshine in the big tree house in the middle of the woods. Such a day deserves to be celebrated properly and what better way to start than with a nice breakfast of raspberries? So Squirrel sets off on his journey, but he is in for a surprise. A strange animal, an animal he's never seen before, an animal that "isn't from around here" has had the same idea as him: to eat raspberries. The encounter lasts only a few seconds but Squirrel is disturbed. What will happen if that strange animal returns to eat all his raspberries? And even worse, what if he finds the big tree house? No! Squirrel must find it and chase it out of the woods for good. That's how he decides to follow the footprints that this strange animal has left in the mud. Through an adventurous pursuit made of encounters with many other "strange" animals, Squirrel will understand something more about himself, about the meaning of the words "strange" and "intruder".