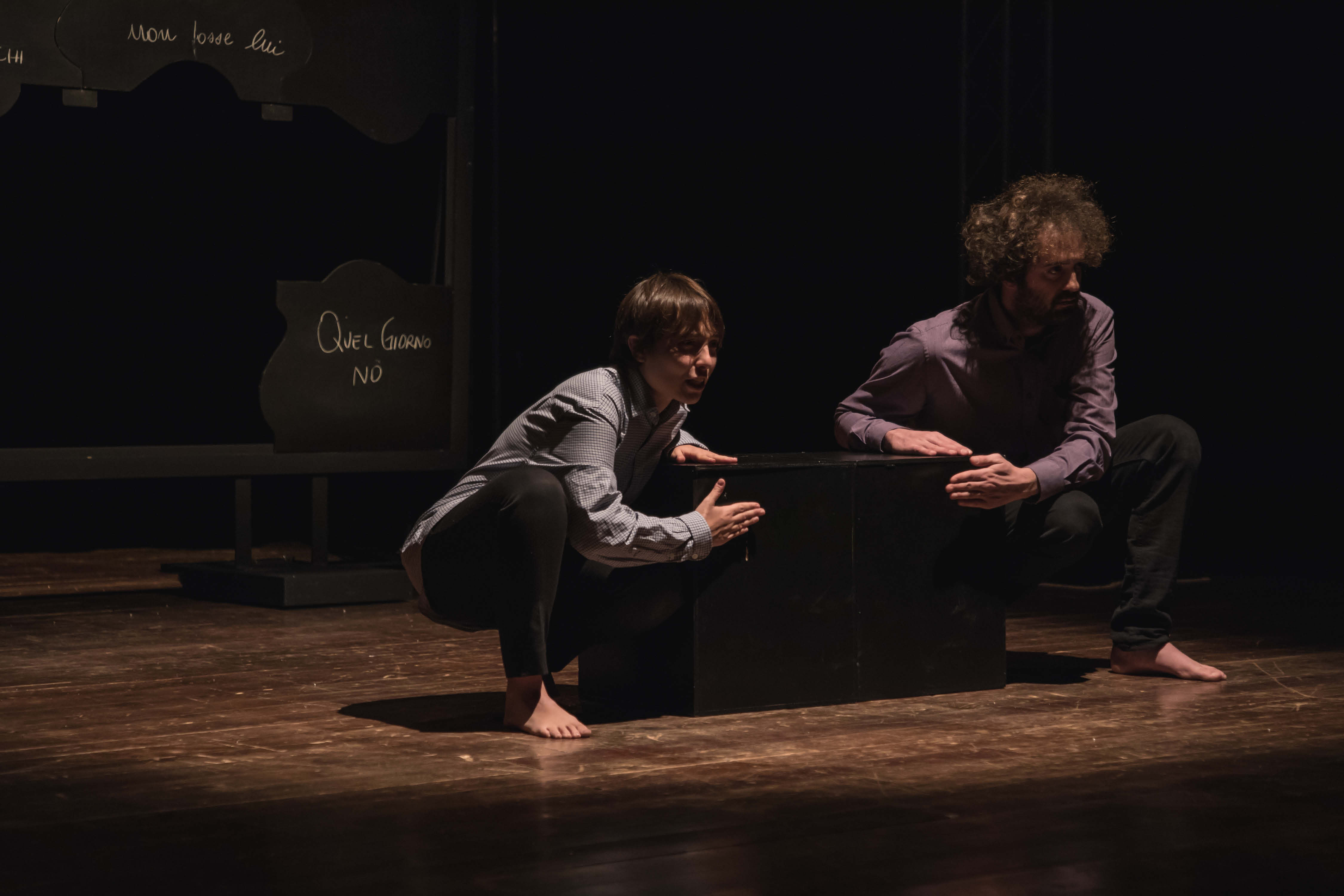 The project was born from the meeting of two directors/authors who share the same pain: the loss of their fathers. Hence the need to be on stage without the mediation of the actors, working on two different levels: one of fathers who narrate their story in first person and the other in which the point of view of their children emerges.

The two layers invert, intersect, mix and at times almost merge. On the stage a memory puzzle is made, made up of twelve pieces – corresponding to as many scenes – which explore the theme using different forms and languages, also including moments of interaction with the spectators and others without a defined dramaturgy.

The titles of the pieces of the puzzle will be written by the spectators at the beginning of the show, to then be mixed and arranged in the space in a random manner. This allows a more variable and non-replicable structure with “infinite” combinations, just like the trend of memory; likewise allow the show to transform the autobiographies of the two actors from private memories into a collective, open, universal act, as the graphic sign left by the spectators becomes an integral and essential part of the scene.